Axe Throwing with the Denver Team

Axe Throwing with the Denver Team

For the August edition of the Denver Team meeting we booked a lane at Class Axe Throwing in north Denver for some lighthearted yet potentially lethal recreation.

The group of 8 were initially split into 2 teams of 4 to compete in 3 games. Nic, Noah, David and Ben split into team “Baby Got Axe” with Mo, Dustin, Chris and Nic taking team name “Axe Attack.”

The first team game was a take on hangman, only the word you didn’t want to be the first to spell out was “timber” instead.  Team Axe Attack took the first game by 1 letter behind the expert Axe handling skills of bearded Minnesotan Nic Kuehnast.

The second team game goal was to be the first team to hit a score of 30 exactly without going over.  Team Baby Got Axe took the win behind Ben’s final bulls eye to clinch the victory with a score of 30 to 16.

The final team game was tic-tac-toe where every square had an assigned number on the axe target.  Team Baby Got Axe took the win (2 games to 1) on the shoulders of Noah needing a 1 and hitting it.  Nic got the footage of the win:

To round out the afternoon of axe tossing there was a game of a winner takes all individual competition called “Lumber Lord.”  Everyone started with two “lives” and the lane leader randomly chose 2 people to go head to head.  Each match consisted of 2 throws from each person, the person with the lowest score of the 2 lost a life.  The last person standing is crowned “Lumber Lord” with a stamp of the title placed on the arm of the victor.  When the dust settled Nic beat out Ben to take the title and the fresh ink. 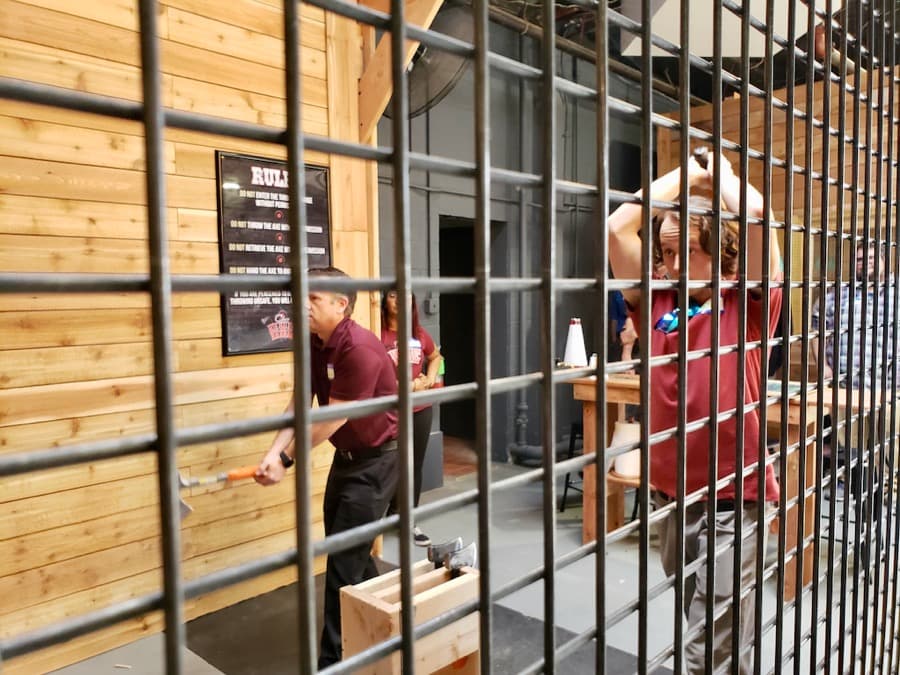 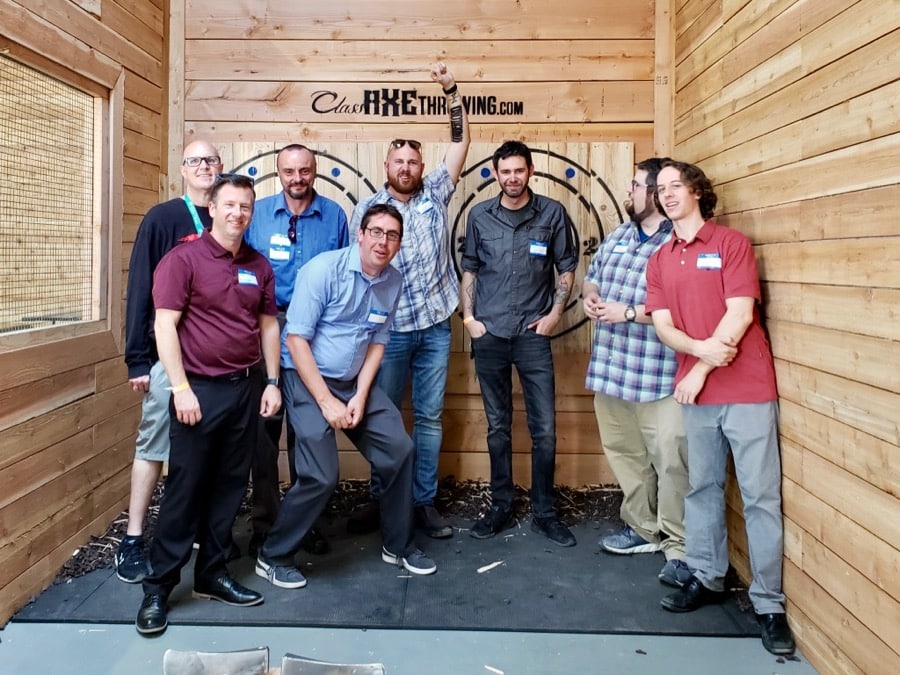 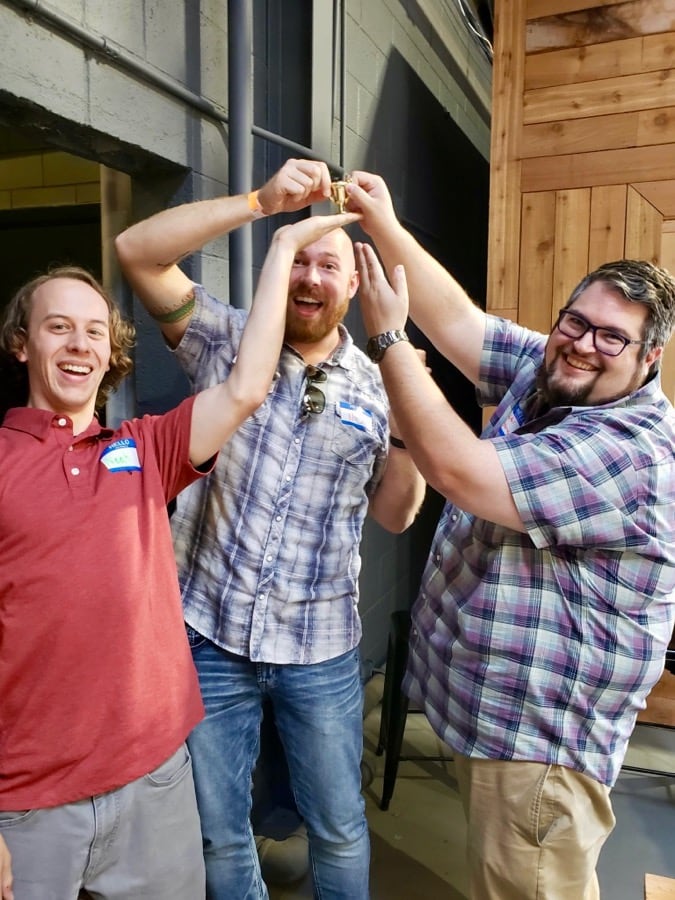 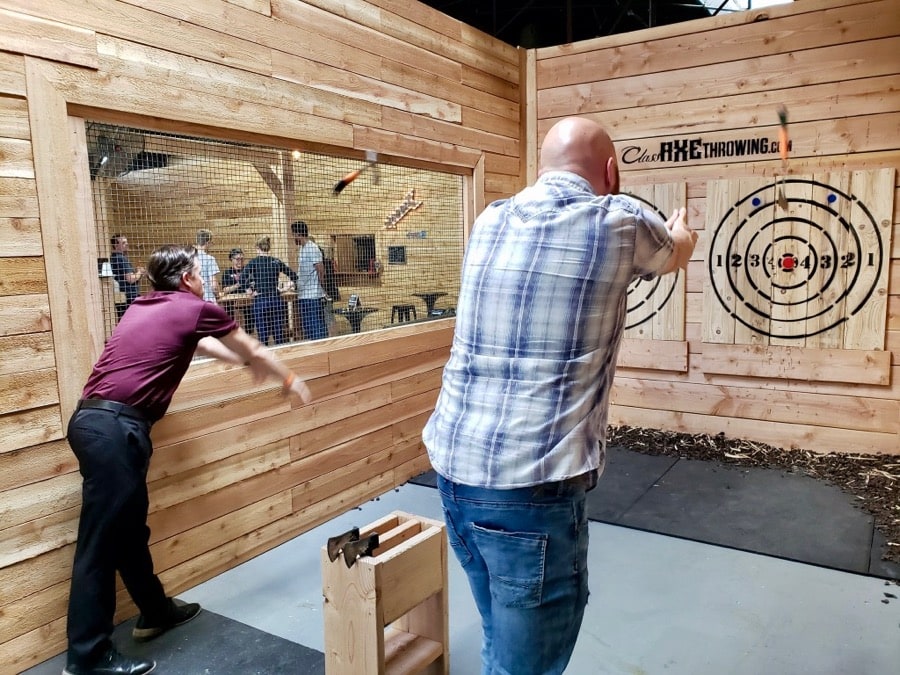 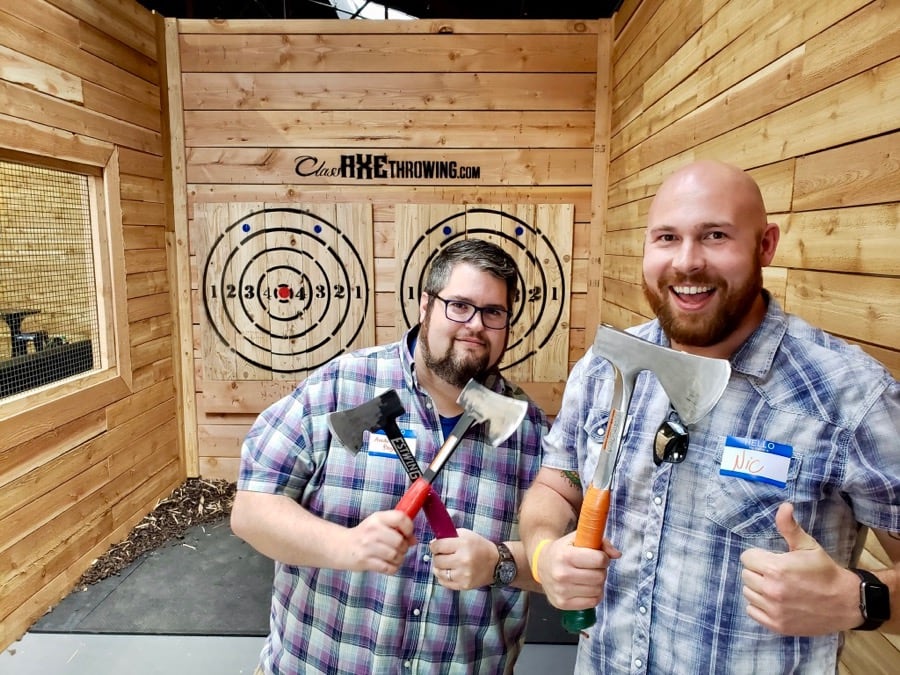 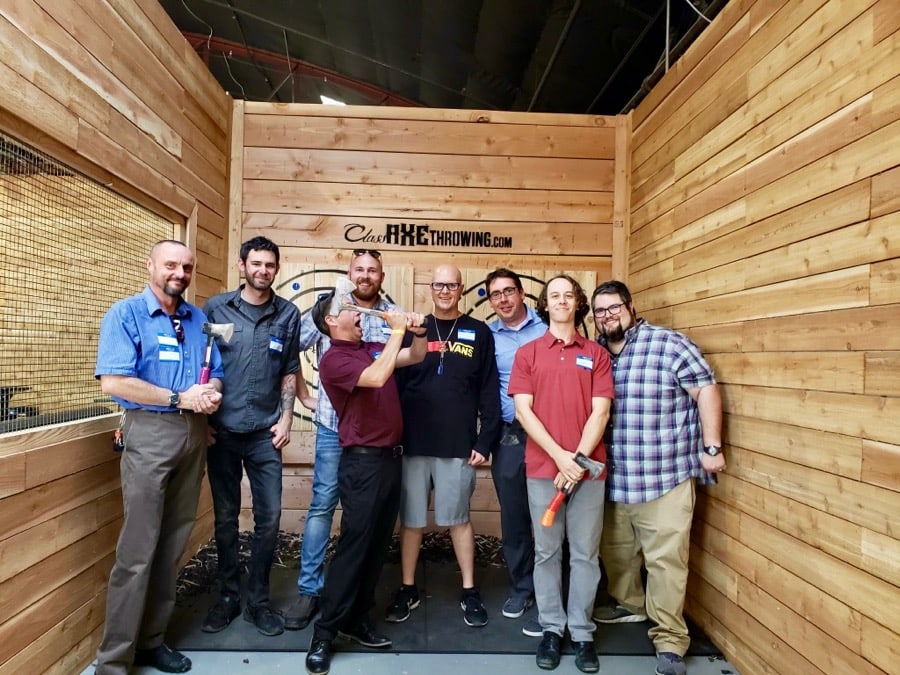 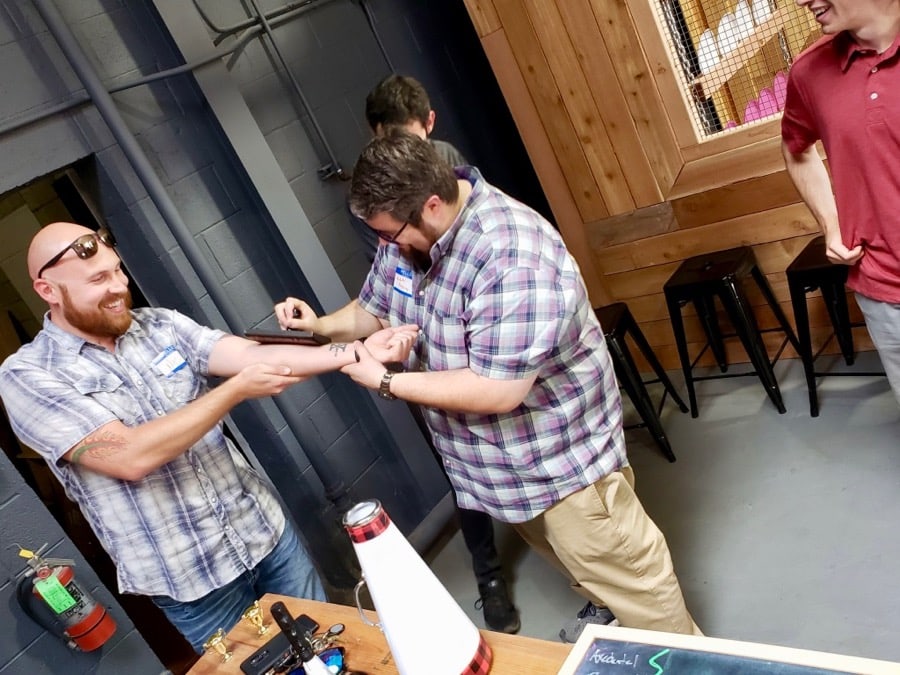 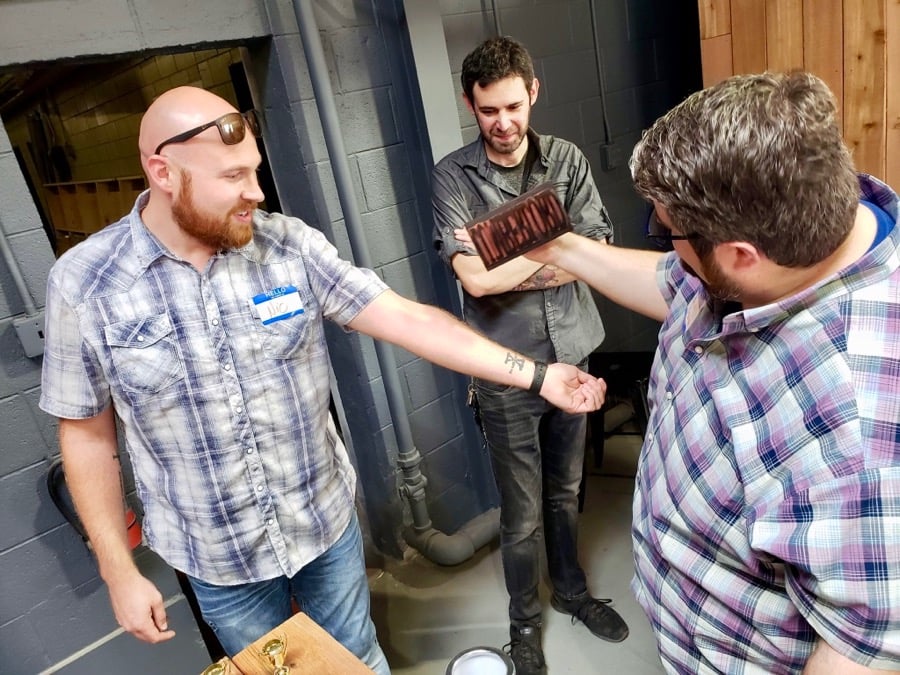